Displaced on a massive rock of volcanic origin, the small town of Orvieto, about 5500 inhabitants, seems to be a perfect union of what nature has provided and what has been built by the work of man. As a lonely island, with its cliffs, overlooking the verdant valley of the Paglia river, leaving gaping anyone arrives. Its location, its great artistic beauty, his culinary skills with a slow-life and a high quality of living well, Orvieto make an ideal place for a pleasant stay. Placed in the heart of Umbria, between Lazio and Tuscany, halfway between Rome and Florence, is easy to reach by train and by car. The city’s history is varied, in fact, there are traces of all ages for about three millennia. The Etruscans, in fact, who settled in the caves dug into the great mass of tuff, it must be the origin of Orvieto. The city assumed primary roles in the Middle Ages in the Gothic invasions, in the struggles between Guelphs and Ghibellines, quoted by Dante Alighieri, and between the second half of 1300 and the first half of 1400 when it passed completely under papal rule. Testimony of the past are the countless buildings and monuments that Orvieto is full.

The town is crossed by two perpendicular roads that join at the center of Orvieto, dividing it into four quarters: Stella, Serancia, Corsica and Olmo in turn divided into two districts and Pistrella Cava. In this focal point there are the “Torre del Moro” which with its two bell chimes every quarter hour marks the time of tourists and citizens, and the adjoining building, recently restored, called “Seven”, once owned the papacy, the seat of Seven and the Pope, now used as a cultural center. Continuing through the tile shops, art and source of income for many families, you arrive in Piazza Duomo, where there is a majestic cathedral, the symbol and greatest masterpiece of Italian and European Medieval, glory in the world for its citizens. Also on the square are the three most important museums: Museo Claudio Faina, unnamed by the inhabitants for an ancient legend, Museo Emilio Greco and the recent Museo dell’Opera del Duomo where collected paintings, sculptures and sacred vessels. Crossing the Corso Cavour, the main street of town, characterized by small cafè and elegant fashion shops, we get to Republic Square where is the town hall of the thirteenth century and the Church of St. Andrew, restored in the Renaissance and currently managed by picturesque and dear Don Marcello. Commercial Point on Thursday and Saturday morning is the Piazza del Popolo, where many farmers and traders form the market stalls of fruit, vegetables and more. Dominates the square the Palazzo del Capitano del Popolo now place of the national and international conferences and congresses, of extraordinary beauty with its golden color of the tuff.

It’s easy to lose yourself among the small and narrow streets of the medieval quarter, where walking between a square and a street you can visit the Church of San Giovanni and San Giovenale and the Chiostro of San Giovanni, now Palazzo del Gusto and place of Slow Cities. They make the rich artistic and cultural heritage of Orvieto the Teatro Mancinelli also restored recently and whose curtain depicting the expulsion of the Goti from Orvieto, the charming underground city with its caves and tunnels, and the archaeological areas, numerous churches and the St. Patrick’s well, made by Clement VII to dig for water in case of siege of the city. The testimony of the perfect relationship between nature and architecture of the city is represented by the modern system of “alternative mobility” which allows to reach the rock comfortably, from one side with the funicular, the other with a lift and escalators: the sign of a historic center pedestrian who wants to be, for citizens and tourists, on a human scale. 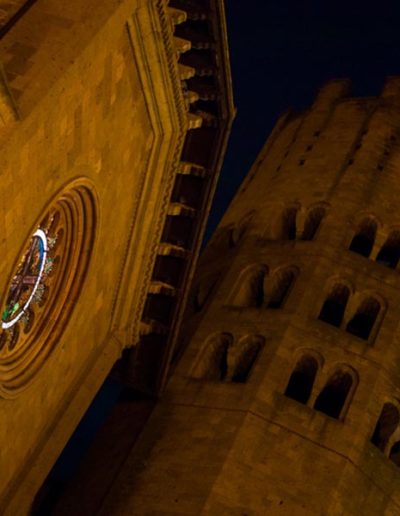 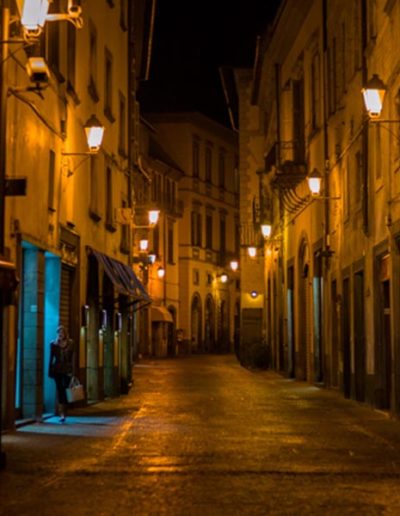 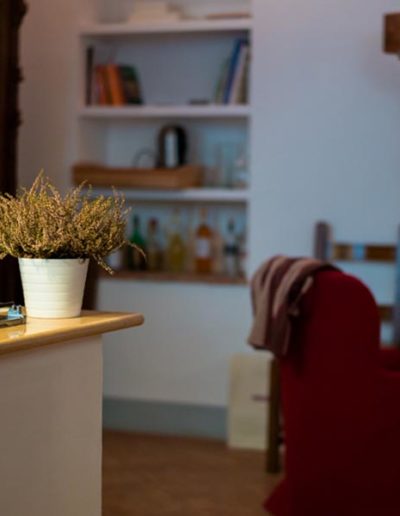 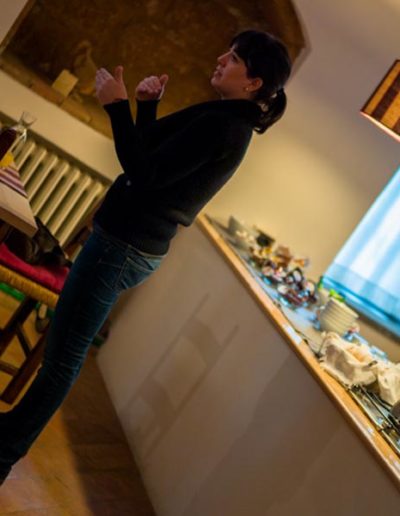 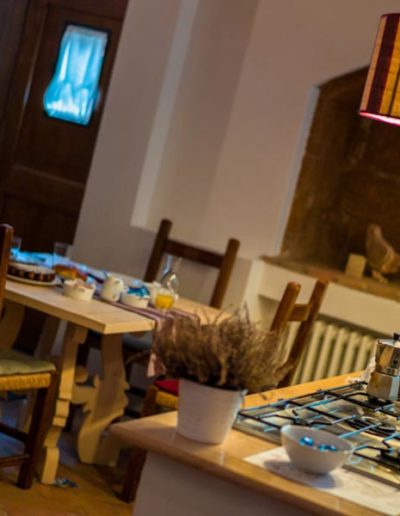 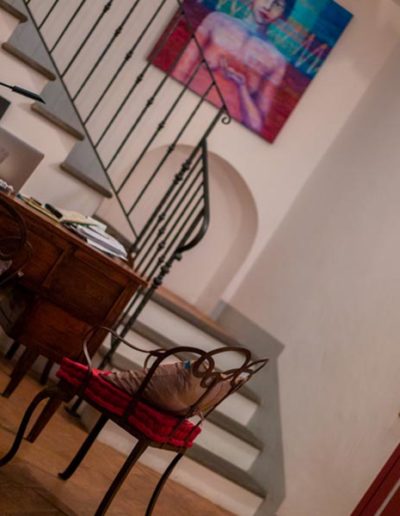 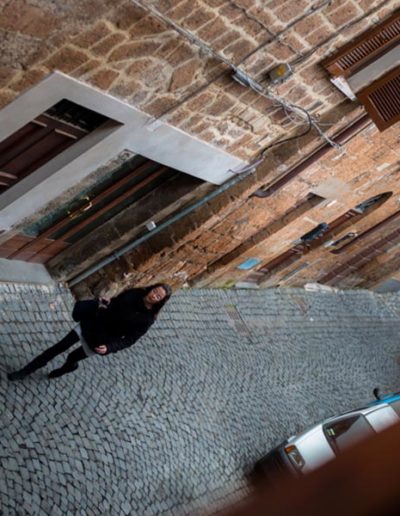 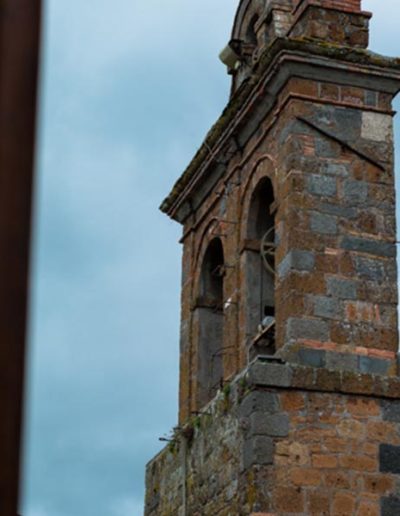 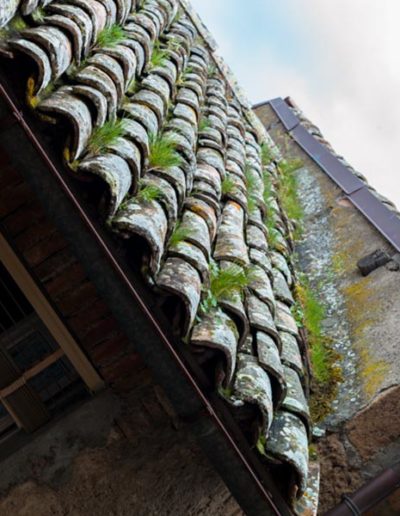 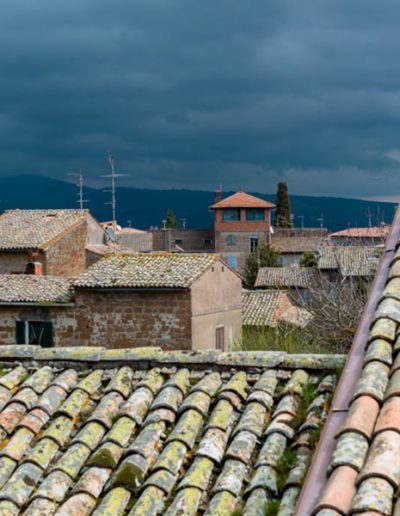 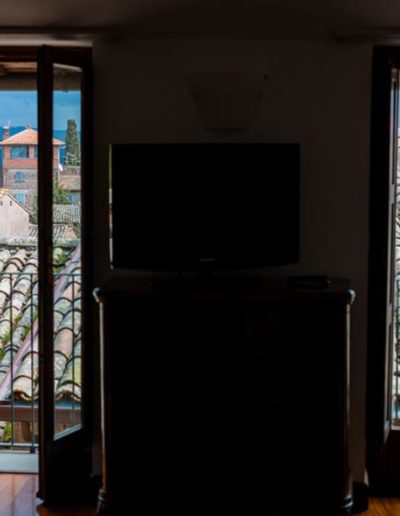 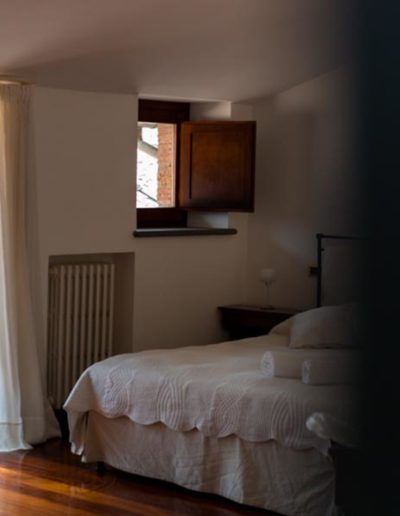 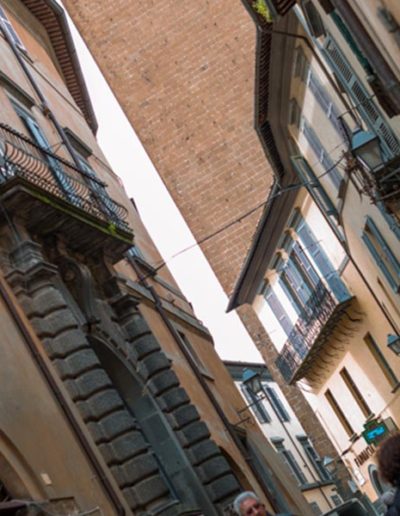 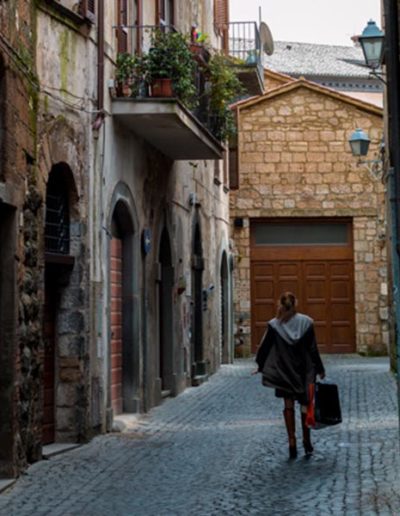 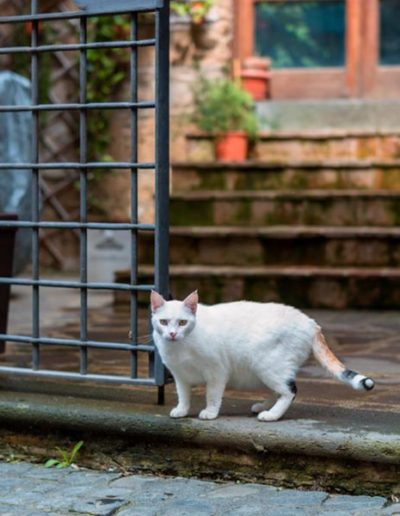 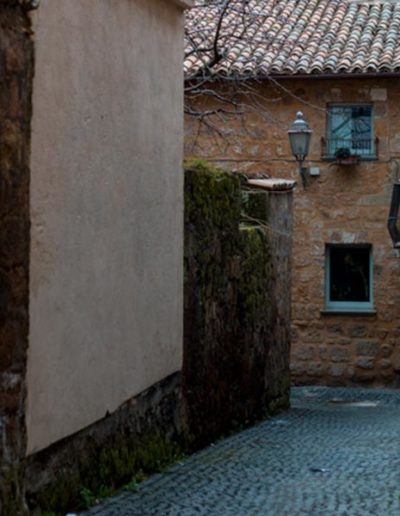 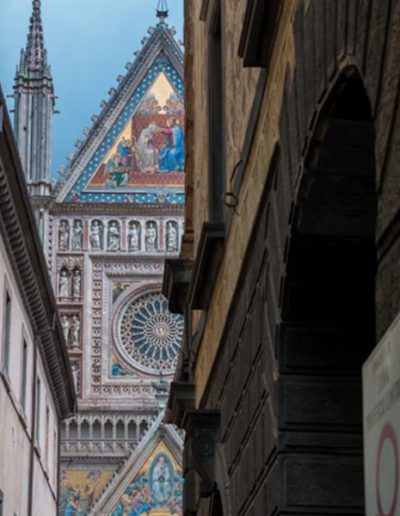 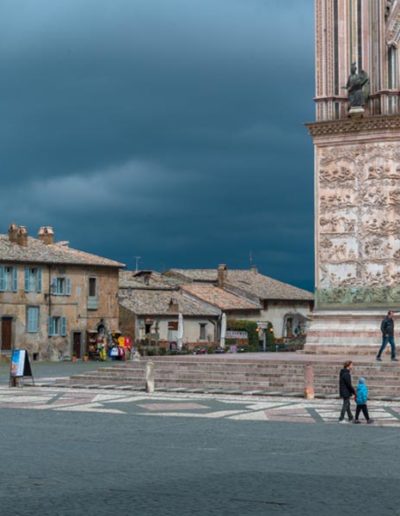 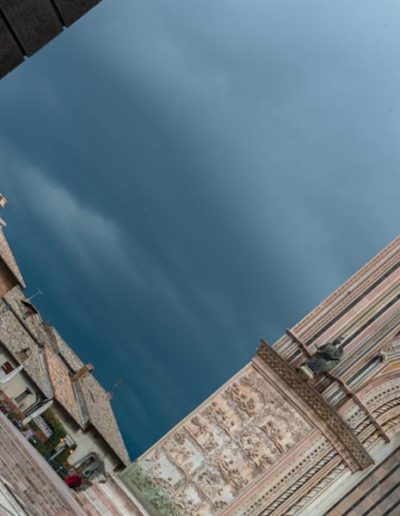 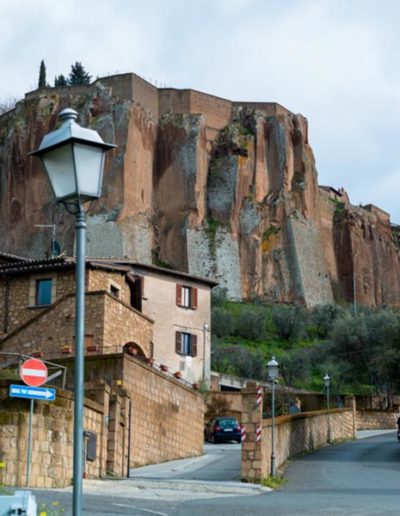 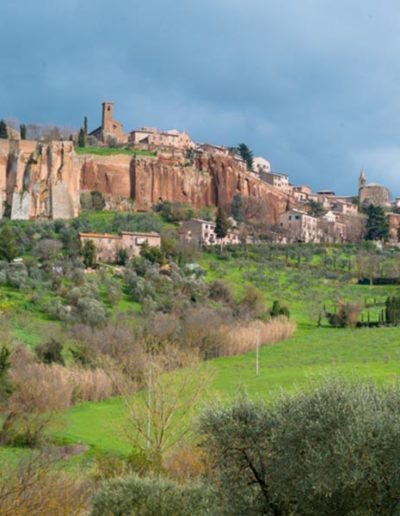 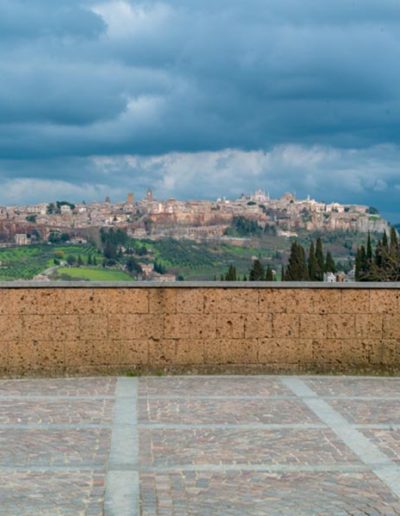 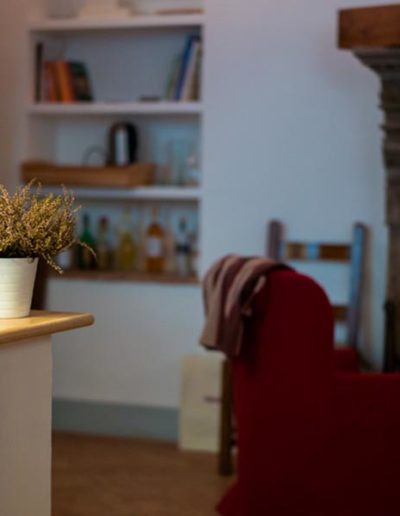 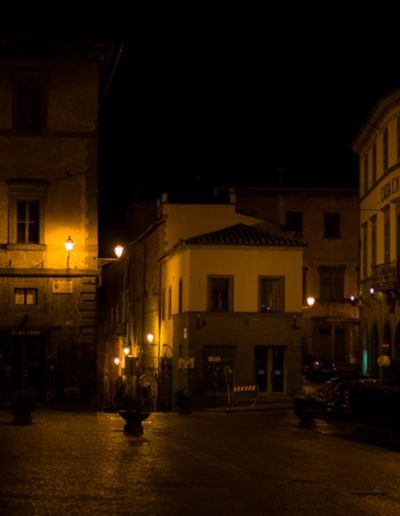 Monuments and Places of interest

● Il Duomo of Orvieto is the cathedral of Orvieto, a masterpiece of Italian Gothic architecture.
● The Pozzo di San Patrizio was built to designs by Antonio da Sangallo the Younger, the well is 62 meters deep and, within it, were made stairways two double-stranded overlapping, so designed to facilitate the transportation of water.
● The Pozzo della Cava. A fascinating journey underground in medieval quarter of Orvieto, rich of caves and archaeological finds brought to light recently.
● The Palazzo del Capitano del Popolo, situated in Piazza del Popolo, is a simple construction and grand, the severe beauty.
● The Museo dell’Opera del Duomo (www.opsm.it) located next to the Cathedral.
● The Palace Soliano, built in 1297 by order of Pope Boniface VIII, is located to the right of the Cathedral in Piazza Duomo. Currently the premises on the ground floor was furnished with the Museum of Modern Art “Emilio Greco” which houses 32 bronze sculptures, 62 graphic works.
● The Palazzo Faina, which houses the Museo “Claudio Faina” and the Museo Civico. This building was donated by the Count Claudio Faina in Orvieto and is located in Piazza Duomo, opposite the Cathedral. The palace was built around the first half of the 1800 on an earlier medieval building Monaldeschi.
● The Palace Netti, located in Via Maitani, is the building where Aldo Netti lived, a pioneering scholar of the studies on electricity.
● The Palace Bracci Testasecca, located in Piazza del Popolo, was built by Virginio Vespignani and was completed in 1875. Although the building is modern, it has influences sixteenth (windows) and Baroque (face). Today it is home to a hotel.
● The Palace Ottaviani -Locanda Palazzo delle Belle Arti, located in Piazza della Repubblica, currently house of a bank. In ancient times, however, was the “Locanda delle Belle Arti”, an inn where he lodged in 1867 Garibaldi during his trip to Rome. The inn changed its name to Hotel des Beaux Arts and was later transferred to the palace Bisenzi on the Corso Cavour Street. This hotel became one of the historic hotels in Orvieto, among the distinguished guests stayed too Sigmud Freud. The hotel was closed during the First World War.
● The town hall was built in 1216 and was renewed in 1600 by Scalza. The ground floor has 7 openings with round arches. To the left of the facade there is a twelve-sided steeple of the adjacent Church of St. Andrew.
● The Church of St. Andrew, built on the ruins of a pagan temple and an early Christian church.
● The Palace of Seven, erected in the thirteenth century, was the site of Seven, the representatives of the Arts, is currently home of a cultural center.
● The Moro Tower, so named for the presence of a characteristic figure on the arms placed on the portal next to the tower. At the top of the tower (47 meters) there are two bells, one of which was fused to the People’s Palace and was moved here the end of 1800, which shows the 25 symbols of the Arts and a seal of the people.
● The Palace of Medici, situated near Porta Romana, has a thirteenth-century style. Significance are the windows to top floor.
● The Palace of Febei, currently home to a bank. As testified by an inscription on the lintel, this building was formerly a public library.
● The Palace Gualterio is located in front of the Torre del Moro. It was built by Sangallo. It takes its name from the family who rebuilt the palace.
● The Church of San Giovenale represents a veritable museum of painting frescoes in Orvieto for the set of visible along the walls. Erected by 1004, perhaps is even older, has columns in tuff and a marble altar.
● The Church of San Domenico, with the Mausoleum of Cardinal de Bravo made by Arnolfo di Cambio.
● The Necropolis of the Crucified Tuff is in the northern town of Orvieto in the Tuff Crucifix and is named after a crucifix.
● The Temple of Belvedere is located next to the Well of St. Patrick. Unfortunately do not know the deity worshiped in the temple even if there is an inscription painted on a cup, where you recognize the name of Tinia probably the Zeus of the Etruscans.
● Orvieto Underground, a path through a true city dug in the tuff where recounts the daily life from the Etruscans to the present. There are over 1,200 caves, cellars for the fermentation of wine warehouses for storing goods, wells and water cisterns, quarries, oil mills, furnaces for ceramics.